It’s been a while since I put my heart on the line and disclosed feelings and thoughts that seldomly go through my head, but it’s been one of those months. You know those months where you feel like your drowning in the pressures of life. The ones where everything in your life has steered off track and it takes all your strength not to have a nervous breakdown…but I’m here to say I lived it, I survived it as I’ve finally come up for air!

February is always the busiest month of the year for us. It’s the beginning of a new school year which encompasses settling the kids in with a new teacher and class mates and this year in particular was bigger than ever as we established new routines. Thankfully Sienna, who has taken months to settle for the past couple of years, started grade 2 so bravely that she hasn’t caused me a worry in the world…this time it’s been Bailey and Mia.

If you are a regular follower of my blog, you would know that my son was diagnosed with severe anxiety and a motor and vocal tic late last year. This hasn’t caused any problems for him at school until this year. He still manages to keep his anxiety under control at school, but his tics have become so obvious now that they are evident at school. This lead to an early appointment back to our paediatrician who is now referring Bay to a neurologist to rule out any neurological issues.

Meetings back and forth at the school with Bay’s teacher and the Deputy has now seen him settle in quite well. I’ve started him on magnesium as research has proven it to have a positive affect on people with Tourettes. Magnesium helps to decrease the severity in tics and so far I’m noticing some improvement. I also read an article this weekend where folinic acid and vitamin B12 helps reduce anxiety…I’m willing to give anything a try to help Bailey overcome his anxiety.

Then there’s Mia. Oh Mimsy where will you end up I constantly ask myself?!? Starting preschool for this little cherub has absolutely rocked her world. I thought Sienna’s separation anxiety was bad…Mia has taken it to a whole new level!!! It’s been so bad that she won’t sleep or leave my side when she’s with me. It’s taken 6 weeks, but the last two weeks has seen some positive feedback land in my lap! Although she still cries and frets each day she has to go, she is starting to settle better, interact with her peers and show her teachers what she is capable of. This is a far cry from crying all day, refusing to talk to her teacher and pining over me.

Amongst all of this there was some lovely moments spent when we tripped to the coast to spend time with my beautiful parents on their Palm Beach holiday. It was a shame though that I had to take my work laptop and work on reports that had a strict deadline – a teachers job is an endless job!!! But the reports got done and we always have a ball at our annual getaway with mum and dad! 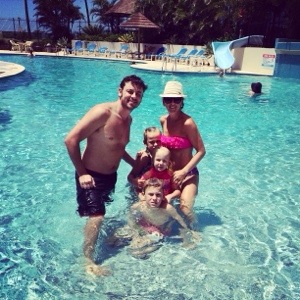 Then of course each February brings about my eldest and youngest’s birthdays. This year I made life a bit easier for myself and had a joint celebration with family. Each child had a cake of their choice and for their actual birthday they took cupcakes to school to share with their friends. I feel like I didn’t put the effort in I normally do for my children’s birthdays, but they were super happy and that’s the main thing. 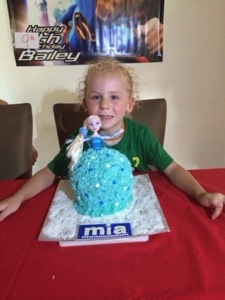 Add to this mix the demands my job plays at this time of year, a change in year levels after the first few weeks of school and a lot of things that played out at work that really made me question…why do I bother?!? Oh and did I mention I hit a car in all of this? And amongst all of this the kids sport started up as well as weekly visits to Bay’s therapist…oh and Kane is working massive hours to boot! One thing after the other was becoming a recipe for a meltdown….

I was spooked. I couldn’t shake the overwhelming feeling of a brick that sat on my head and every time I tried to come up for air, every time I tried to see the light and every time I tried to get the wheels back on my track it felt like another brick was being placed on my head! I kept telling myself “you’ll be right”…”just get through this month and then you’ll be able to breathe again.” I really surprised myself as I hadn’t felt like this for a very long time. I’ve always prided myself on leading a well-balanced life with my running being my therapy. Not once have I missed a kilometre planned out in all of this but I still had an uneasy feeling and I wasn’t feeling my happy self at all…what the hell was wrong with me?!?!

As I counciled myself, spoke to many friends and my dear mother…(although I didn’t bog mum down too much with my problems as she’s suffering a terrible knee problem at the moment) I realised what my problem really was….I’m mentally exhausted. Physically I can keep going and going and going, but with everything that’s going on, particularly with Bailey, I’m utterly mentally exhausted. Where things wouldn’t bother me, they did. Where my patience would be good they weren’t. I literally felt like I was having PMT for a whole month!!!!!!

All of this on the back-end of our overseas trip. I loved our holiday. But 3 massive weeks overseas with three kids under 8 after a huge year that was and since we’ve returned we’ve hit the ground running. We haven’t had that time to recoup and recharge like we normally do at the end of every year. But we knew this would be the case when we decided to go to the States. And I guess having an overseas holiday is like planning a wedding. You spend so long planning it, but the event is over in the blink of an eye. You are on the highest of highs and once it’s over you come crashing down. 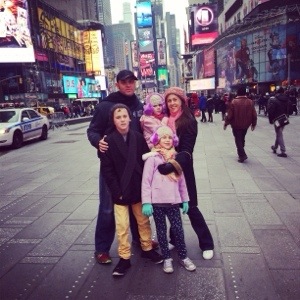 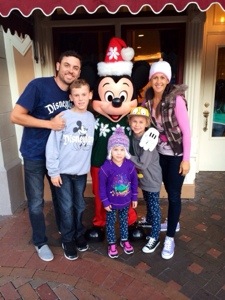 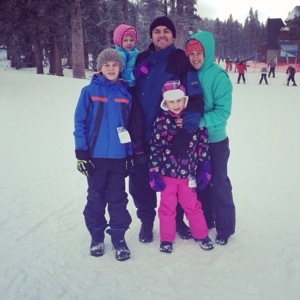 I’m happy to say now that February is over, the major crashing waves that kept rolling one on top of the other has returned to a semi-calmness or should I say the normal amount of busy and craziness that goes on day in and day out at this house. I have really disliked the way I’ve felt this past month and hope I don’t feel like this again. It’s taken a lot of mental strength and self-regulation to overcome the uneasy feeling that sat in the pit of my stomach for weeks, but I’m feeling back to my happy self again.

I’ve had to really dig deep this past month and tell myself that “I can do this!” on numerous occasions. I’ve drawn on the strength of the people who constantly surround me and make my life an awesome one and I’ve reminded myself constantly how lucky I am. I never gave up on myself. I rode the big wave and waited until it came back to a flat. I like flat…flat is good! I’m finally feeling grounded again and back to being the best I can be in all areas of my life!

I’m so use to dealing with one thing after another but for the first time in a while it was all becoming too much. I was fragile but I’ve built myself back together and after running 17k yesterday (my longest run to date) I’m ready to face the rest of the year!