Half way through the year already. Really? Wasn’t it like only 1999 yesterday??? These years seem to be rolling by way quicker than when I was younger!

So far this year I feel like I hit the ground running and haven’t stopped until the long weekend a couple of weekends ago! The weeks have been consumed by the craziness of work and sport and the weekends have been consumed with pretty much the same as well as lots of birthday celebrations and social gatherings thrown in! Amongst all of this there has been one health issue after another for several members of our family.

For us, Mia’s health taking a plummet since February, has left us so sleep deprived that we have been running on empty for a very very long time. Things that would not normally get to me have been, the kids haven’t been themselves, we have all been snapping at each other and I’ve had an uneasy pit in my stomach which has led me to be cranky, irrational and impatient at times!

Days have rolled into weeks and weeks into months and for the past couple of months it’s been like ground-hog day. And me, who loves to laugh, loves to be positive and happy, was trying really hard to but felt like a force was stopping me from doing so!

Then the long weekend came upon us…we were faced with 3 days of nothing!!! No sporting commitments, no birthdays or social gatherings to be at – just 3 days of my party of 5 together!!

It was bliss. It was fun and relaxing. We spent so much quality time together it really restored my faith in that we are a good family and we really do love each other lol! Not that I was convinced otherwise, but when you feel as though you’re being smashed by the hustle and bustle of life, you forget sometimes to enjoy and focus on what’s most important.

For three days we didn’t use the phrase ‘hurry up’ or ‘come on’! We were all calm and collective and for most of the time I heard an abundance of laughter and fun. We pottered around the house, went out for breakfast, took a trip to the coast and played on the beach for hours. We relaxed and napped. We took the kids to Dreamworld and although it was really busy, the kids were happy to stroll through Dreamworld rather than line up for hours at each ride.
All this was also accompanied by the most glorious weather!!! It really was a weekend to remember! 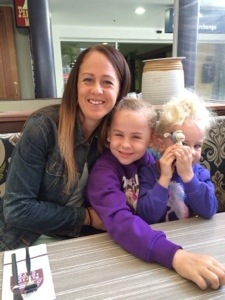 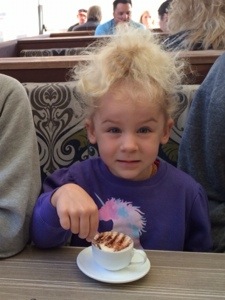 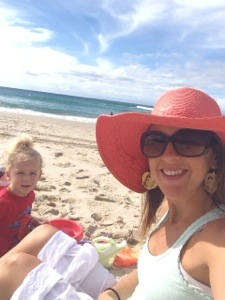 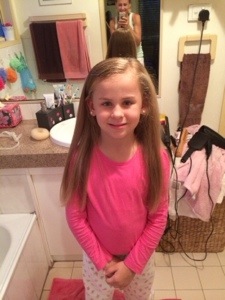 We are now a couple of weekends on and haven’t stopped for much RnR since, but with school holidays upon us and Sienna’s 6th birthday, it was exactly what we needed to face the next half of the year. And knowing we have our trip to look forward to in December, I have faith that we can make it through another year and come out the other end as a tight unity that we are!