Don’t you hate it when life is sailing along nice and smoothly and then all of a sudden you are bombarded with one thing after another and another and you feel like you need some time out to lift your head to breathe….this past month was one of those times!

April has always been my favourite month of the year. Lots of great things happen in April – my birthday, Easter, public holidays, school holidays and the weather is usually pleasant! We were in such a great place with most aspects of life. We’d just celebrated dad’s 60th birthday, my 32nd birthday and I had reached my goal weight after working really hard to loose 10kgs in 6 months. It was school holidays and we were starting to prepare for Easter. I was the fittest, happiest and healthiest I’d been in a very long time and then I woke up Easter Saturday morning…..this is when the going got tough!

I hadn’t been sick of any kind for about 8 months (which is great for me) and I woke up with a sore throat. I didn’t feel too bad, I even went for my daily run. From lunch time that day things slowly went downhill. I lived on panadol and nurofen and kept on with my day as I was preparing to give my family the Easter they deserved. I was so excited as I baked and decorated my first Easter cake and it was our first year to host Easter with my family. I got through the day and was happy with how I’d organised the kids presents and egg hunt. I was hoping that I’d wake up feeling so much better….but I didn’t I felt dreadful! Razor blade throat, swollen gland like a golf ball, earache, fevers, body aches and a general listless feeling. But it was Easter, I had to put on a brave face for my 3 little people, who look up to me for guidance and reassurance each and every day!

It is days like this I had to draw from my inner strength and mental strength to be able to put one foot in front of the other. Again I got through the day, the kids had a ball but I was worse for wear. The pain I experienced for the next 2 days, well lets just say I’d rather give birth! I really dislike getting sick! Whenever I get sick now my heart is always a concern so that plays on my mind. I kept wishing myself to get better, I even kept imagining how awesome I usually feel but nothing was working. I ended up at QEII hospital and after a couple of days of rest and antibiotics I was starting to feel human again – yay!

While I was sick all I kept thinking was why now? Mia was about to have her surgery that week and it was the Easter long weekend – I was missing out on beautiful weather and spending quality time with my family. The kids were so awesome though and it was their constant kisses and cuddles that helped me get better. Mums really shouldn’t get sick…they don’t have time for it!!!! I was ready to reclaim my awesome month of April and enjoy what was left of it….that wasn’t to be so!

The day before Mia was to have her surgery we had to pop to the shops for last minute necessities. It was a lovely trip, all kids and mum in toe. We were on our way to the car when a split second turned into Sienna falling down at the end of the escalators causing her to split her head open. A trip to the doctors and one glued forehead later and we were all settled again! The next day Mia’s surgery….an awful day to say the least! From a previous post if you read, this was the 7th time I’d been through a surgery as a mum but the worst of the lot! Not only did Mia do it tough in hospital, the next 5 days proved to be even tougher. But day 6 came and things started looking up! For the first time in a week I felt we were starting to settled again, until Mia woke up sick again! This time her cold turned into a throat infection and after a course of antibiotics she was well on her way to feeling better again!

Then another bump came upon me….my wisdom tooth! Cause I didn’t have enough to deal with already!!! After a day of mild pain turned into I’d rather give birth pain, I ended up on two lots of antibiotics from an infected impacted wisdom tooth, that now needs to be removed by an oral surgeon because the root of it is hooked on a nerve – seriously I don’t cry poor me, but come on can anything be simple this month!!!!!! That was last weekend, which is also the weekend my husband came home and told me he’d be working away for the next few weeks!

Picture this, my already painful month, my husband left for Moree, I was cool with that, I mean could anything seriously getting any worse, we’d already dealt with heaps! I picked up my daughter from preschool who they said had a great day, fell and Grazed her arm but all was good. I hadn’t even got to the car and she was screaming in pain that her belly was sore! She was almost asleep. She managed a bath but was still complaining of a sore belly and then 5.30pm hit and for the next 24 hours the plague hit – gastro!!!!!

So now I was dealing with chronic tooth ache, a vomiting child, Bailey had lost his 7th tooth so had to remember to be the tooth fairy and Mia was being her normal rascal self:) at one stage Sienna was vomiting, Mia was trying to pull the bucket away from Sienna and Bailey was in my face saying mum is my gum bleeding from my tooth!! Ahhh….I really do love being a mum though lol! I’d been awake since 5.10am that day and at 10.30pm poor little sienna couldn’t even keep a sip of water down:( I was starting to get really worried so after a call to 13health a Dr was on his way.

Then what I was praying wouldn’t happen happened…Bailey was struck down! In amongst all of this my wonderful mum came over to stay the night and help. Poor mum she was starting to feel sick by the time she arrived. I was too but together we tried to ignore what was happening inside our bodies to help my poor suffering babies! Sienna came so close to hospital, to be exact one vomit off it! That had to be the worst night of my parenting life 2-3 hours broken sleep – torture!

The next day was tough! Mum and I were so sick ourselves to take care of anyone, so my wonderful father took the day off work to look after Mia while mum, the kids and I slept and rested! My husband even was sick down in Moree! Thank goodness the worst part only lasted 24 hours and after a few days we were all starting to feel human again!

It’s May now and I’m trying to keep a very positive open mind to the fact that this month has to be better! It’s months like this when the going gets tough, but you have to dig deep and get even tougher!! We’ll bounce back and be stronger than ever! Everyday I say to myself “whatever doesn’t break you makes you stronger!” I believe these little bumps in the road aren’t put there to destroy my faith in a happy life, they are put there as a learning curve and from each bump I draw strength and learn something new! 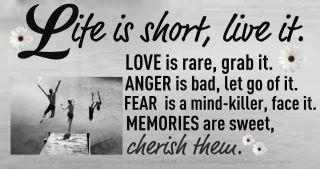