pExactly one year ago I started a running diary which consisted of distances and times that I ran. It has allowed me to keep track of my improvement over time. When I started running I did it for two reasons, to help me lose my last lot of baby weight and to help me build my fitness to a point that it use to be. These two factors that I have been able to not only achieve but maintain for almost a year now, also gives my heart condition the best chance of not getting any worse!

On January 2nd 2012 I measured my first run of 4km and set a goal for myself to run it within half an hour. That day I achieved my goal and ran it in 28.53mins. From then on I chipped away at that time. Bit by bit, step by step, I improved. 4km was a safe distance for me. I knew I was capable of always finishing and never stopping until that 4th kilometer was complete. Anything longer than that freaked me out so I didn’t push myself any further.

As the months went by, before I knew it I was running 4km in 25 mins! The challenge against myself was becoming addictive! I became more confident with each run and now I am able to run any distance up to 10km! Growing up I always played competitive netball, so that competitive instinct comes roaring back out each time I run! Eventually 25 minutes was a thing of the past and I was slowly getting closer and closer to 20 minutes! My main goal was to eventually run five or so minutes per kilometer and by the end of last year I was consistently doing that not only for 4km but for every kilometer up to 8km!!!

The day I ran my first 4km in under 20 minutes I was so pumped! I couldn’t believe it! From a netballer and sprinter to a long distance runner….who would have ever thought! But once a goal is achieved you set your sights on other goals then and although I never thought in a million years I would ever run 4km in under 19 minutes I’m happy to say I did and only two days ago!

My pb was 19.30 so my goal was to get under the .30! Running isn’t easy and running a fast pace over a large distance is ever harder! I’d pretty much resigned myself to being at my peak for my 4km and I was happy with that! I did have in the back of mind that it would be nice to take 10 minutes off my original pb I started with a year ago, but I silently kept that to myself!

We are currently on holidays at the coast and as a runner, there is nothing better than running at the beach! It was my first run of our holiday. I’d had two bad night sleeps, a sore knee and was getting over a kinked neck! But I was determined to get out and have a run. I walked to the point where I wanted to start my run, it was about 1.5kms in total! So many people were out and about – running, walking, bike riding! I created a new playlist on my iPhone so I was all set. The minute I took off I felt fast! I actually thought I probably should slow down or I’ll die in the arse lol!

As I reached my 1st km I was 4.35mins into my run, then my second 9.35mins! I was stoked with these times but had run them several times before. It was at my 3rd km and a pb of 14.23 that I thought I may have been in with a chance! I was still feeling fantastic and had the end in sight! Where I normally sprint the last 100m by the last 500m I was starting to feel the tank was getting low. But I held on and pushed the last bit and when I reached my 4km mark at 18.47 mins I fist pumped the air lol!

People were probably thinking what is that freak doing, but I didn’t care….I’d just taken 10 minutes off my original pb from when I started running 4km a year ago!!! Straightaway I had to tell someone so I text a bestie of mine who runs and would understand what that meant to me!!! What a great feeling:)

Anyone can do what I’ve done. I’m no Olympic champion and never will be, but I am my own champion and my children’s champion and that’s all that matters to me! I do this for myself and in the hope that I inspire my children to always want to maintain an active and healthy lifestyle.

Well now it’s a new year, new chapter, new goals, but one thing that will always be the same will be my will power, strength, determination and consistency….this is what brought me here to the point I am at today:)! 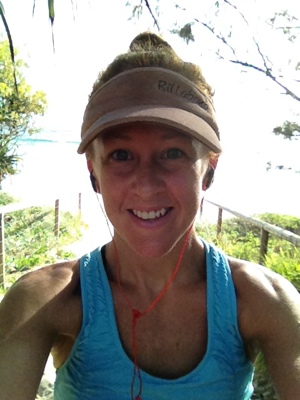